Respect us. Protect us. Pay us! 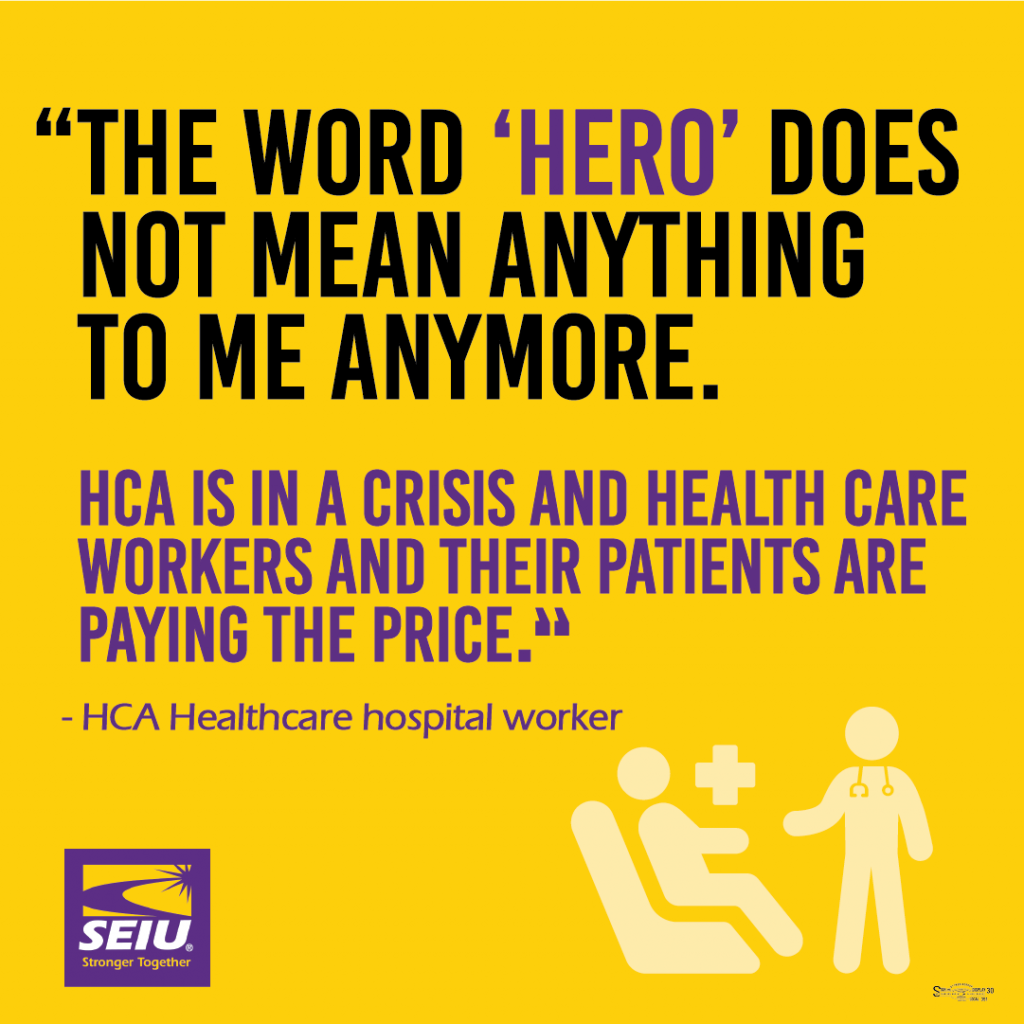 << Return to The Latest

The report found that workers’ wages are falling in real terms as CEO pay and corporate profits soar—a phenomenon experts are calling “greedflation.”

HCA Healthcare ranks among the worst actors in healthcare with the highest CEO compensation and widest pay gap. In 2021, CEO Sam Hazen was paid 368 times more than HCA employees, according to the report. Hazen’s compensation was over $20 million, while the average HCA worker was paid $56,000.

While HCA executives bring home millions, HCA’s dedicated frontline hospital workers, who were hailed as heroes,  are paid poverty wages as they risk their lives to care for their patients and families.

“The word ‘hero’ does not mean anything to me anymore. HCA is in a crisis and health care workers and their patients are paying the price.”  – A frontline caregiver at HCA Healthcare